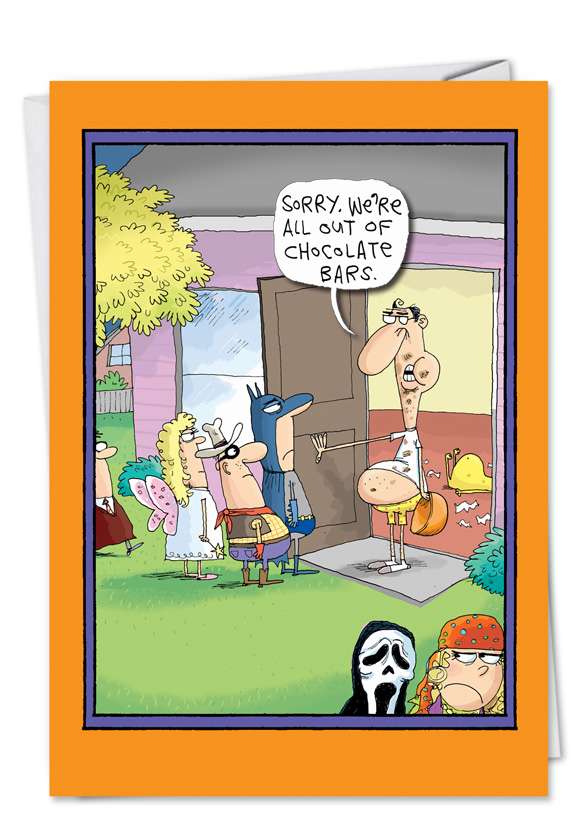 Item #: 3017
Write a Review
Cover Reads:
Sorry. We're All Out Of Chocolate Bars.
Inside Reads:
Go All Out And Have A Great Halloween!
Free Shipping!

It's somewhat understandable if you run out of candy on Halloween due to an unexpected rush of costumed trick or treaters showing up at your door; but when you run out of candy because you ate it all, well … that's not only totally understandable, it's also downright satisfyingly hilarious. Especially as cartoon portrayed on this orange bordered, disgruntled kiddies, bright, delicious, funny All Hallows' Eve gregarious greeting. The children in the angel, cowboy, gypsy and Batman duds might be cheesed-off enough to egg or TP this guy's house, but anyone gifted this darling, delightful, joke card on the scariest, spookiest night of the year will be laughing their pumpkins off for sure.

Tracking is not available when selecting Free USPS First Class shipping.
Orders are shipped from the east coast location.
NOTICE: We no longer ship to the United Kingdom.